December & January are among the winter months in Vietnam, sharing the same characteristics throughout Vietnam. Due to the favorable weather,  these months are the best time to visit Vietnam, welcoming millions of visitors from all over the world to celebrate their Christmas & New Year holiday in Vietnam.

Weather in Vietnam in December/ January

One of the most interesting thing in Vietnam in December/ January is that you will have a chance to witness three types of weather vary from North to South:

Due to the weather patterns are given above, you can expect to visit North Vietnam in December with most interesting places as below:

Sapa is one of the only rare places in Vietnam that has snow. Especially you can expect to see snow in the Fansipan peak – the highest mountain peak in Indochina. There are also many festivals in Sapa during this time to celebrate Christmas & New Year. See more Sapa experience in December here. 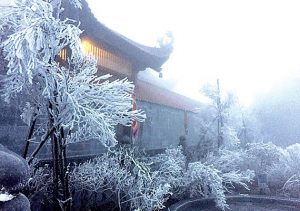 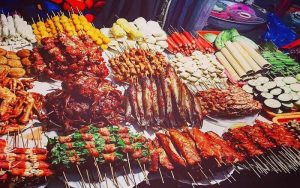 Despite the fact that it takes 5-6 hours to take you from Hanoi to Moc Chau, thousands of visitors still coming to this beautiful land, especially in December/ January. The road from Hanoi to Moc Chau inspires travelers with its magnificent landscape and hospitable people. Beautiful wildflower- mustard, plum, peach blossoms and sunflowers create a spectacular picture. 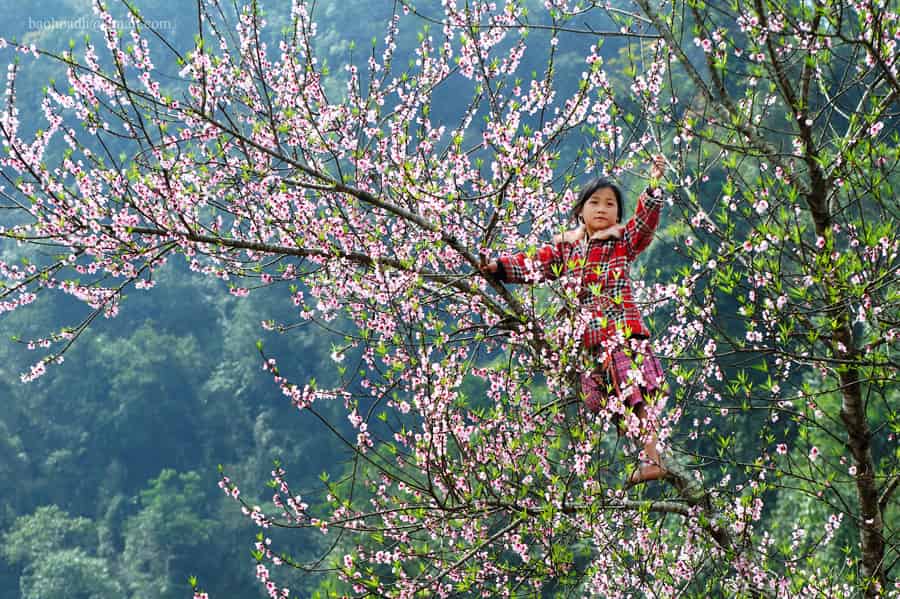 The unbelievable winding paths and spectacular mountainous scenery in Ha Giang inspire visitors coming to this far north province. Especially in December/ January, Ha Giang is covered by the beautiful bucket wheat flowers in every corner. 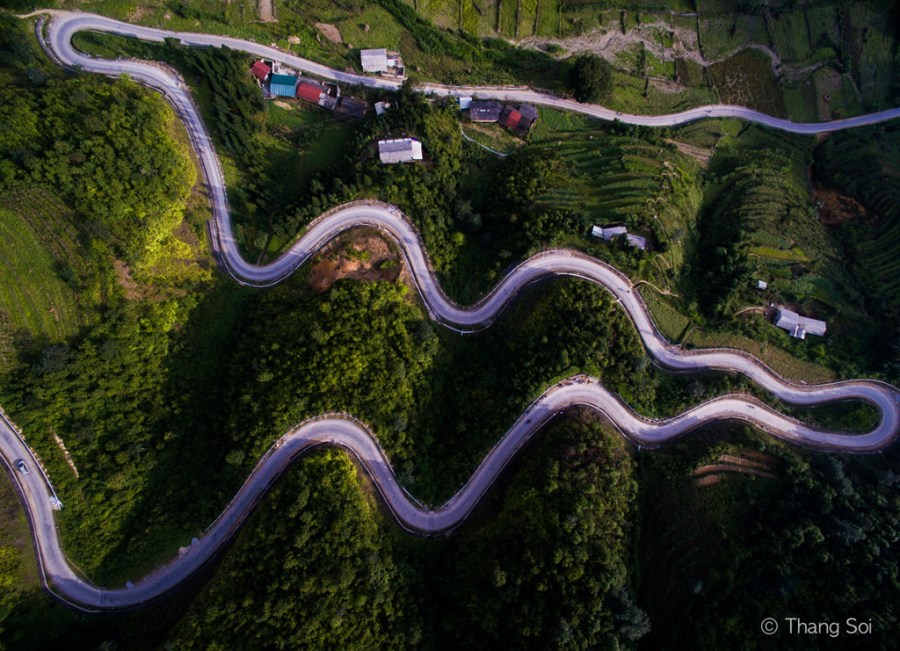 Ha Giang is also a favorite destination in North Vietnam for those who are keen on culture & Vietnamese minorities. You will have a chance to encounter the local here and soak up the culture in Dong Van Sunday Market

Ban Gioc Waterfall is one of the most impressive landscapes in Vietnam. This fall is also one of the four largest waterfalls in the world with multi-levels and green jade water. December is among the best months to visit Ban Gioc waterfall as the water is clear, mingled with the golden rice fields right on the foot of the waterfall, creating an impressive picturesque landscape of the border region. 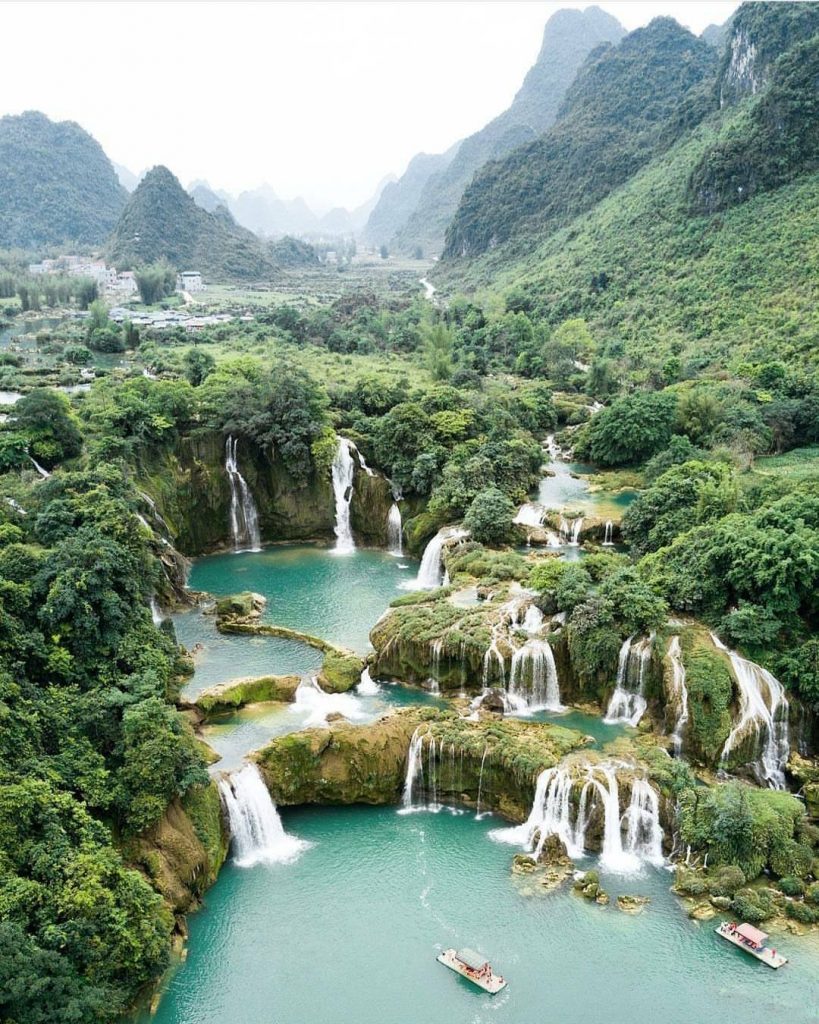 Even though December is not a favorable time to visit the central of Vietnam, there are still places toward the south that is worth visiting at this time such as Mui Ne – Phan Thiet or Da Lat.

Mui Ne was an isolated stretch of shoreline with a series of mid-range resorts. The region is well-known with many water sport activities such as windsurfing, kitesurfing or sailing.

Da Lat is famous for its wide variety of flowers, vegetables, and fruit from its surrounding farmlands as well as countless nature sites; its beautiful landscape, evergreen forests and minority villages

Dalat in December can be said to be the most beautiful month of the year. It is also the time of the transition season from the drizzling rainy season to the freezing cold of this foggy city. December is also the month with the most blooming flowers of the year. Especially, the flower that most visitors look forward to in this city is the Da Lat pink grass hill and wild sunflower.

As being said above, South Vietnam is the best region to visit in Vietnam in December as it is in the dry season. Visitors also combine this region and Cambodia for their trip in December/ January.

Ho Chi Minh City is a hot, noisy, dynamic city that rarely sleeps, with a complex history and plenty of cultures to soak up. Unlike the hot, humid image of the city in the summer, weather Ho Chi Minh City in December/January is quite pleasant with the average temperature of 25oC

There are numerous activities in Ho Chi Minh City, especially at night.

Mekong Delta – the rice bowl of Vietnam with a maze of rivers, canals, and swamp. Explore the waterways and local ways of life in Mekong Delta will be one of a kind experience of your trip in Vietnam in December. 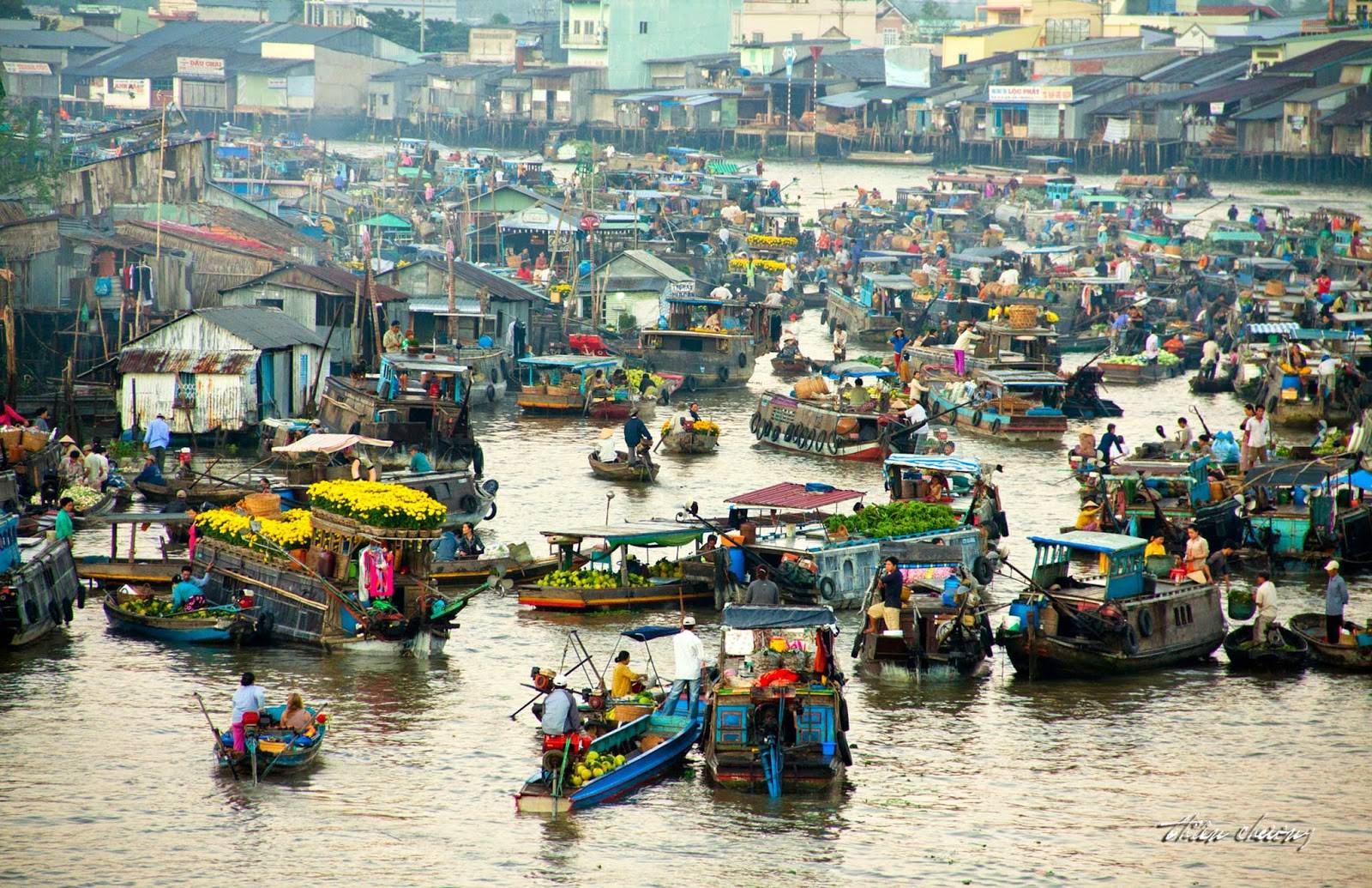 When it comes to Vietnam beaches in December/ January, Phu Quoc island is the first one of the bucket list. The island is warm and sunny with very little rain, the water is quite clear, making it a great destination for a beach holiday.

This time is also great to do snorkeling or diving.

If you are going to visit Phu Quoc with your family, you can visit Ham Ninh Village or Tranh Stream or Vinpearl Land Phu Quoc. 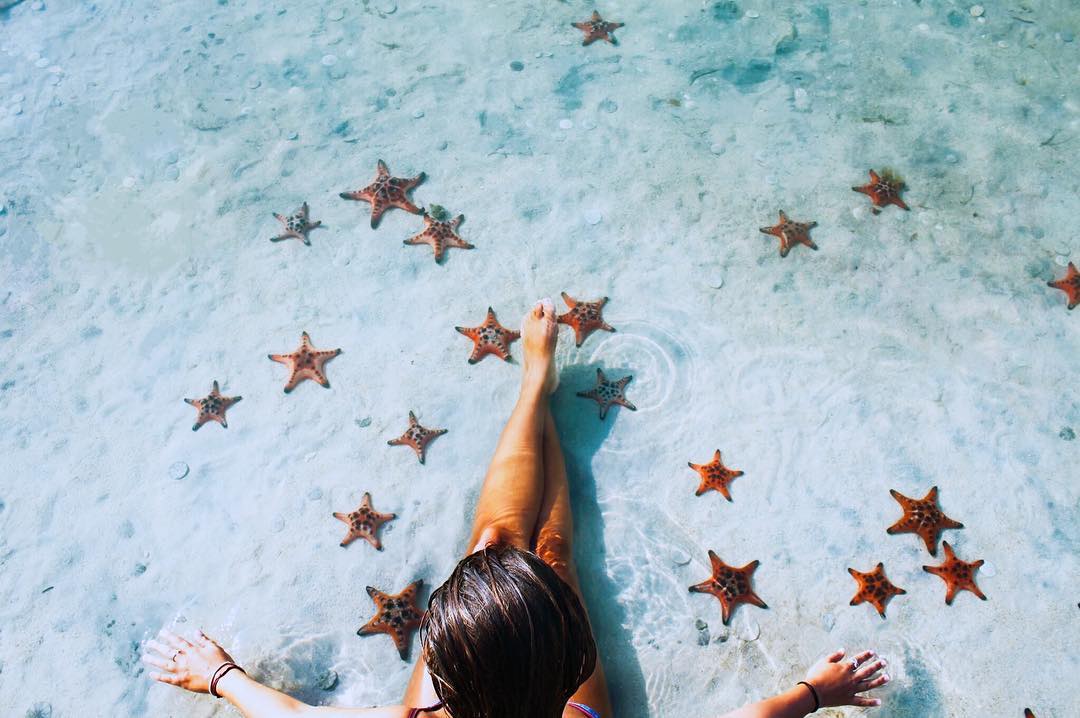 Tips before you go to Vietnam in December/ January

If you visit Vietnam from North to South, be prepared that the weather varies from cold to warm in each region. For the north trip, make sure to bring more warm stuff and a raincoat. For the south trip, lightweight linen pants, cotton dresses, and skirts and sunblocks are recommended

But do not worry much about clothing since it is easy to buy them in Vietnam without breaking your bank.

Remember December/ January is the peak season for Vietnam tourism, therefore everything will be jacked up about 30%. You should book all the services, hotels, activities in advanced at least 1 month to avoid fully booking and yet, save you a lot. 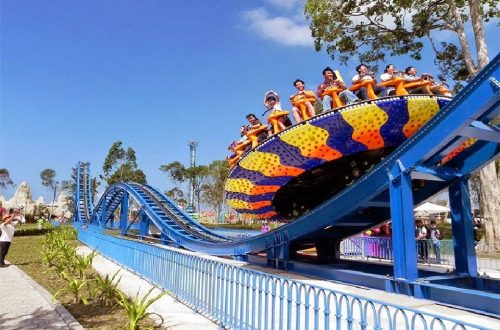 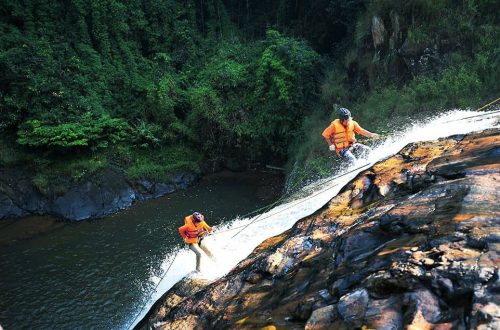 Canyoning in Da Lat Review: What to expect and how to book a tour? 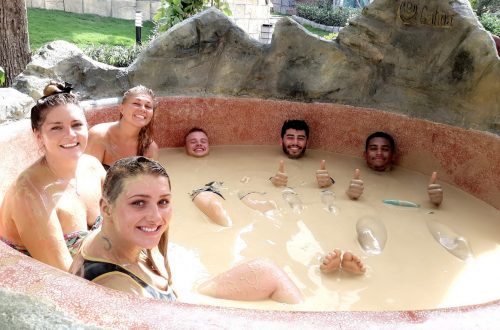 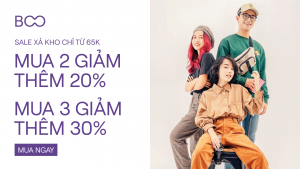